When I first started my practice twenty years ago, fibromyalgia was just starting to become widely diagnosed. As a Sacramento Orthopedic Massage Therapist in a state where multiple health insurances covered my practice, I began to see many patients coming in with prescriptions for treatment of fibromyalgia.  I was happy to treat anyone in pain, so I eagerly applied all my new knowledge of physiology and kinesiology to these poor people who were suffering miserably.

At that time, fibromyalgia was considered a soft tissue dysfunction. In fact, the test at the time to diagnose someone was an 18-point pressure test. The physician would press (sometimes hard) on these eighteen different spots on the body. If a person had pain in at least a majority of those areas, they were diagnosed as having fibromyalgia.

Many of these patients had been seeing physicians for years and were given diagnoses and treatment that didn’t help, given no diagnosis whatsoever or, even worse, often told that the pain was just in their head.  For these patients to finally receive a diagnosis that seemed to explain their symptoms was a major breakthrough.  I cannot tell you how many patients were happy to tell me they have this “disease,” if only so they didn’t feel like they were crazy.

However, as I began to treat a large number of these patients, I began to notice a wide disparity in the actual physical condition of their soft tissue.  With some patients I could use deep pressure, but others I could barely touch. Some patients had severe myofascial adhesions and others had nice smooth muscle tissue. Many of them didn’t even have pain in any the eighteen spots that were used to diagnose fibromyalgia, leading me and many other practitioners to realize that fibromyalgia had become a “catch-all” diagnosis for people with unexplained pain symptoms.  I had quite a few patients who I don’t believe had fibromyalgia, but were instead suffering from old soft tissue injuries and dysfunctional holding patterns that the Western medical field simply does not get much education in treating. As those issues were relieved, their “fibromyalgia” disappeared and did not come back. 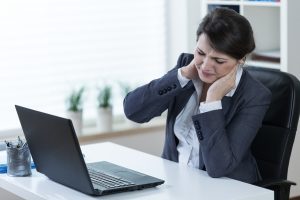 I began to see a pattern, however, in most of my patients with chronic pain. They would come in for treatment and feel better afterwards, but get no lasting relief. Most of them had been in some sort of traumatic event, either physical, emotional or both, after which they could point to the beginning of their pain. Many had more than one traumatic event and some were continuing to undergo trauma (for example, on the job injuries caused by performing the same action day after day on the job, and they were still performing that task despite their problem).

I suspected, after a few years of treating such patients, that instead of fibromyalgia being a soft tissue dysfunction, it was rather a neurological dysfunction. It seemed to me that these patients had such severe or prolonged trauma that their sensory nervous system basically short circuited and was now highly over-sensitized.

As I applied this theory to my treatment techniques, I began to see that all of my patients had underlying soft tissue injuries that had either never healed or were being exacerbated on a daily basis (such as repetitive strain injuries). Even though we were treating the underlying cause of the problem, their sensory nervous system was never the same. When they received new injuries, their pain levels were much higher than they should be. I also noticed that their pain would significantly increase based on their stress level, further solidifying my belief that this was not just a soft tissue problem.

In the past fifteen years, medical science has caught up. Most medical professionals now understand that fibromyalgia is not a soft tissue disorder, but rather a nervous system disorder. There is even some movement to change the name of the condition to reflect this newer understanding. And now, one of the first drugs specifically designed for fibromyalgia directly targets overly excited nerves that cause pain.

If I have learned one thing through these past couple decades of working with this disorder, it is that fibromyalgia requires a multi-prong approach to manage. The main thing is to reduce or eliminate any stressors on the body, both physical and emotional. In my next article, I will discuss the physical and emotional stressors that contribute to ongoing problems with fibromyalgia and how we help patients address these at Body Fix Therapies.

Kym has been practicing massage therapy for 17 years. She graduated from the Northwest School of Massage in Seattle, Washington in 1996 and immediately went into medical massage therapy, treating auto accident injuries and working with physicians treating soft tissue dysfunctions. Throughout the years she has developed a unique technique that breaks the soft tissue holding patterns that develop from years of imbalance and cumulative minor injuries. She works to “reprogram” the muscles and connective tissue from the positions and habits that keep them out of balance and makes them prone to injury. She uses a combination of long, slow trigger point pressure, myofascial release, and range of motion techniques to retrain the body. This approach has both immediate and long term, long lasting effects. While her style is definitely therapeutic more people fall asleep during these sessions than during a Swedish massage. Come see the difference with Kym!

How to Get the Most Out of Your Massage Therapy Session